Love is a mysterious thing. As a photographer, I always wonder if there is a way to capture it. With the opportunity that my cousin bestowed upon me during my recent visit to San Francisco, she proposed I shoot her engagement photos. Honestly, I wasn’t sure if I could. For one, I can’t believe my cousin is getting married. Time flies! I remember the day I first met her fiancée, Herbert many years ago and we all probably thought nothing of it. Now, together we are all working individuals taking steps to open new chapters, and I get to capture a few seconds of it. I was honored to photograph their love and celebration of their marriage next year! Noted in my previous post the obstacles we faced, it was quite a challenge with little experience on both sides and 40 degree winds! Herbert and Estella really pulled through, much with laughter and awkward silliness. 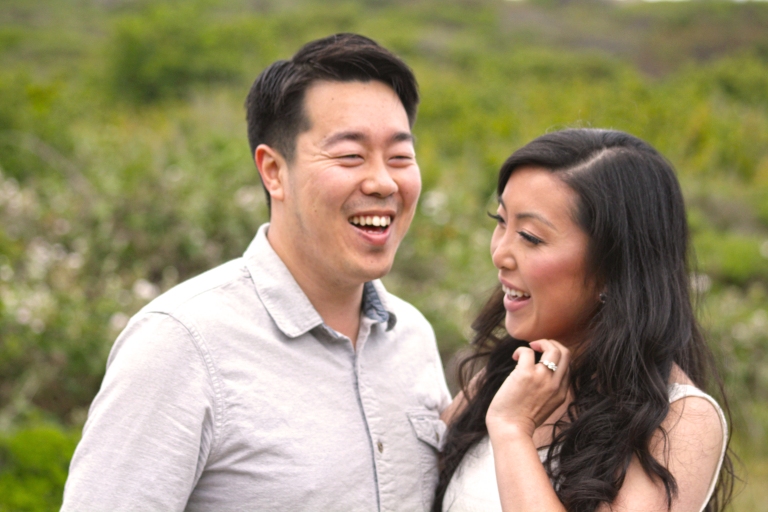 I realize that most engagement photo shoots are potentially the first time individuals ever partake in a formal photo shoot. This was new for them and me location-wise. We began our journey with a location I sort of scouted beforehand (I really had no idea if we would find anything). It turned out to be a beautiful mountainside view with tall grass fields and some rough terrain. Great for photography, bad for high heels. Estella, you were a trooper! The picture above captures one of the first shots I took as we first found a spot. There were many laughs between all of us seeing how cold it was and unprepared we were. 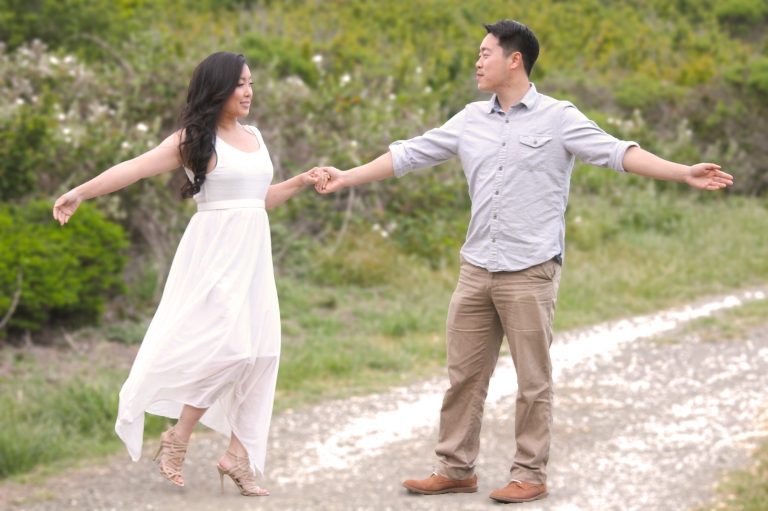 It is always a challenge to inspire a moment in couples that ignores the photographer. So first, I asked Herbert and Estella to practice their dancing, really for shits and giggles, but between the goofy laughter there were very sweet moments and grace.

This photo I wanted to add because for a few moments in the shoot, I encouraged them to talk about something they normally would. They started getting lost in conversation for just brief seconds and I love how they look into each other’s eyes. Despite in mid-speech, the candid moment is still more fruitful than one that is too posed.

Moving along our path, we found a beautiful field of tall grasses and flowers. This was literally the ideal scenery that Estella and I discussed beforehand. Having found it, we were also exposed to very cold winds. Through the crazy scenario, I captured some great shots of laughter. I love it.

Just for a moment, they were able to ignore the cold, the wind, the abnormal situation of modeling, and produced this wonderful portrait. 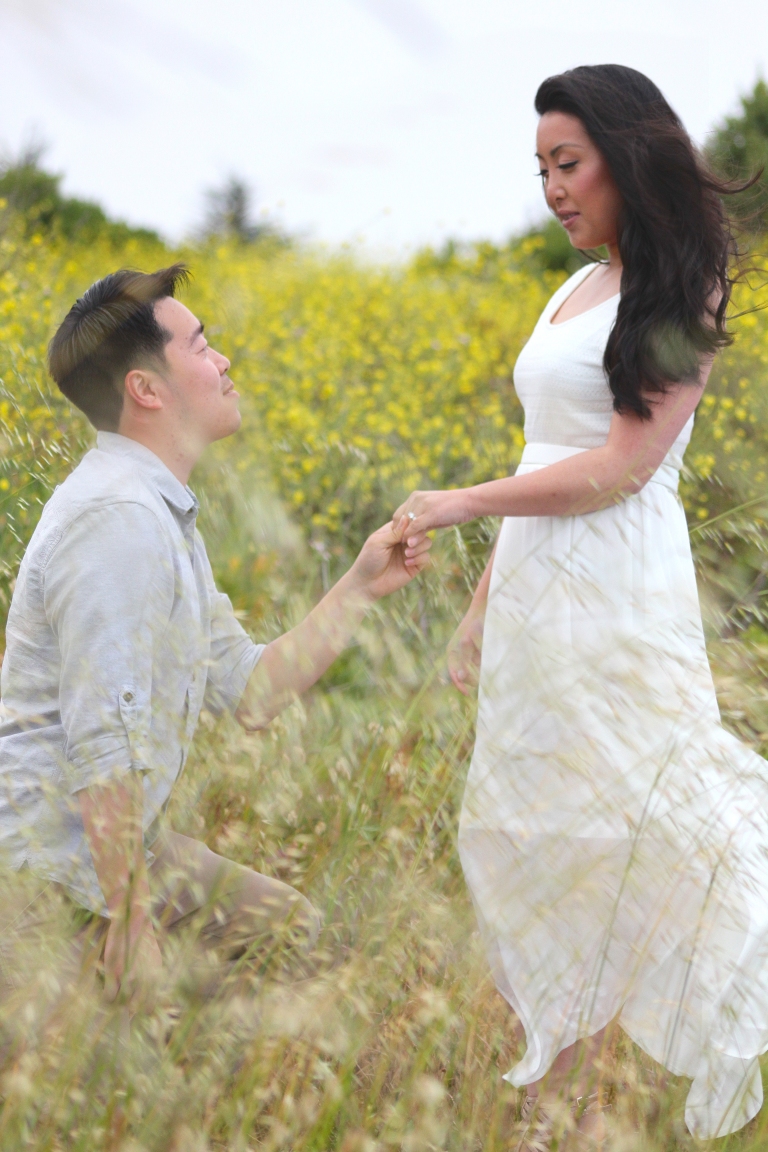 And in one last attempt of something a little cheesy, I asked to recreate the moment Herbert proposed. This shot was in the second attempt and I have to say, the love is convincing. Maybe there is such thing as capturing love on camera. The whole shoot was less than an hour because we were losing feeling in our finger tips (don’t try this at home), but it was more than worth it. Congratulations Herbert and Estella! I am very, very happy for you two and I wish you guys the very best. Thank you my sister, Olivia for being a sport in protecting our car while we parked illegally to photograph lol. And everyone, don’t forget to SAVE THE DATE!

2 thoughts on “Love in the Fields of San Francisco”