Somewhere between my older sister falling in love and the two and a half hour drive from Pittsburgh airport to an alpaca farm, my family and I couldn’t imagine what we were getting into on this trip. My sister, Olivia gets a ring on her finger by a Devon Sheesley and next thing we know we’re meeting the Rainbow Mountain Alpaca farm family in Punxsutawney, Penn., home of the groundhog media sensation every February 2. The visit was short, but we were able to acquaint ourselves with the immediate and extended family, including mom, dad, sister, grandparents, three farm dogs, three house dogs, four farm cats, one house cat, about 100 alpacas, some resident ferrets, and many more. I have to admit they were all pretty darn cute, even the people. 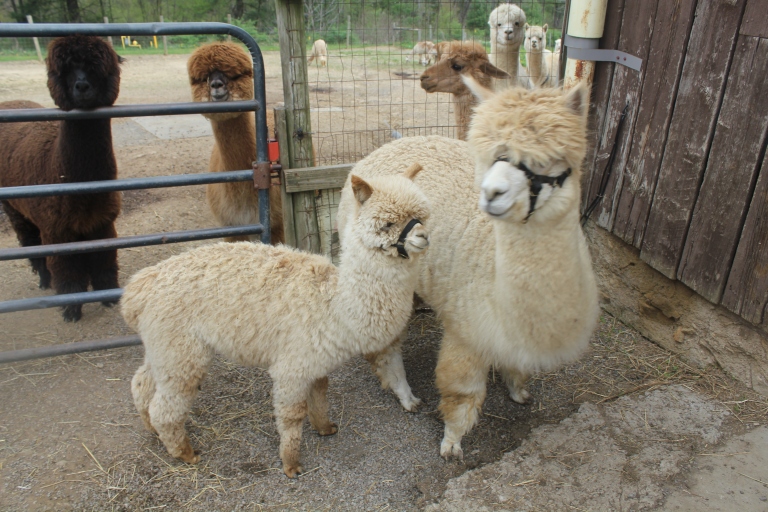 Yes, let the awe begin. These alpacas are even more cute in person. They’re unbelievably fluffy and if they’re well raised they can be so friendly. They give nuzzles and let you hug them if they like you. My favorite is that unlike other farm animals that tend to be quite loud and aggressive, alpacas are relatively passive and hum to each other.

After being greeted by these cuties on the Rainbow Mountain Alpaca farm, we explored 25 acres of hard work and love.

Panoramic of the farm in front of the house. Leader of the pack, Emma is house dog number two.

Rainbow Mountain Alpacas grew out of the hearts of Charlie and Diane Sheesley. One of the nicest and most down to earth families I know. They’re hardworking and compassionate with their animals.

Behind every great man is a greater woman, and here she is Diane Sheesley. With her wits always about her, I think its incredible how she has applied her whole repertoire in making this beautiful farm the way it is, working alongside with Rachel, her daughter and her son-in-law. Together this team raises healthy animals with 24/7 support, I’m almost jealous because I wish someone cared for me that much :). You may or may not be interested in alpacas, but if you’re ever in town, feel free to get in touch with them and learn more! So anyway, onto more fluffy photos. 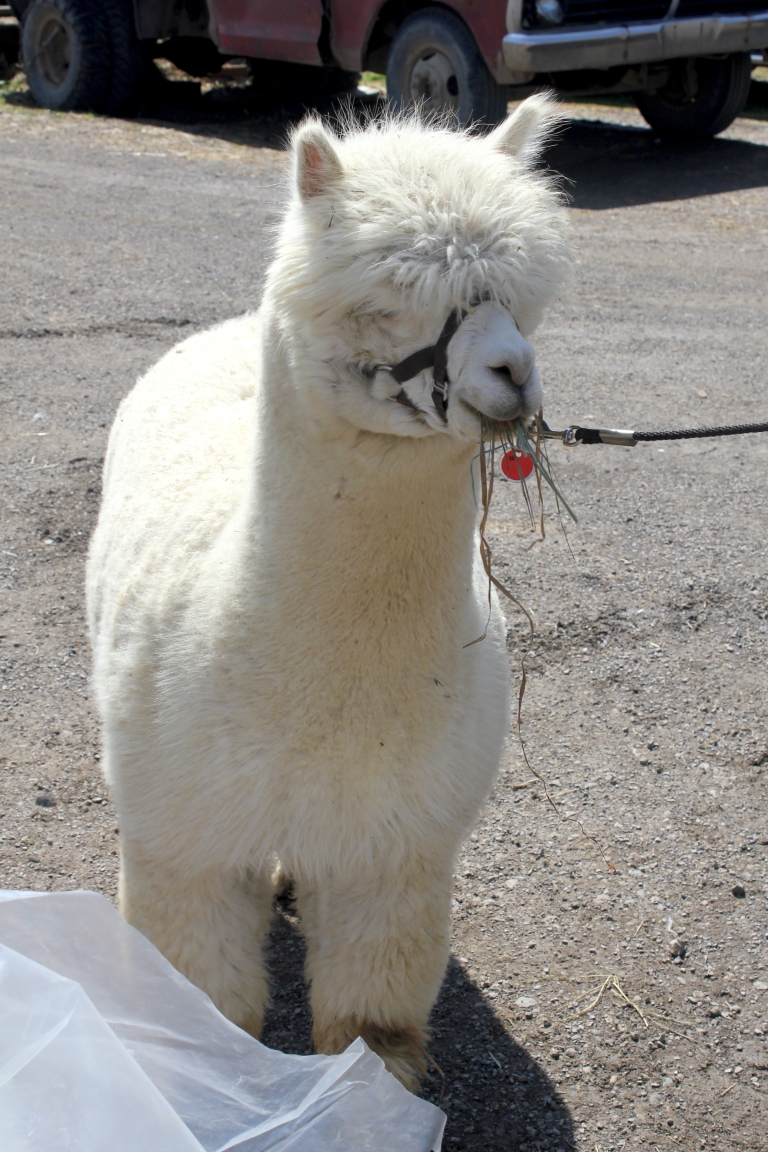 This is Noah, the fluffiest of them all.

This is Miss Daisy, a newborn from a neighboring alpaca owner that joined us for shearing.

A portrait of this beauty. So photogenic!

So while we were here, the first two days involved a total of 20 hours of shearing with light permitting. Alpacas are known for their soft, sustainable fleece. Professional shearers who travel the US shear up to 20,000 alpacas, so we were in time for their stop here. I had no idea there was such a job, but its pretty brilliant for being able to make a living from just two months of work. Pictured above is an example of the perfect tuft of fleece. 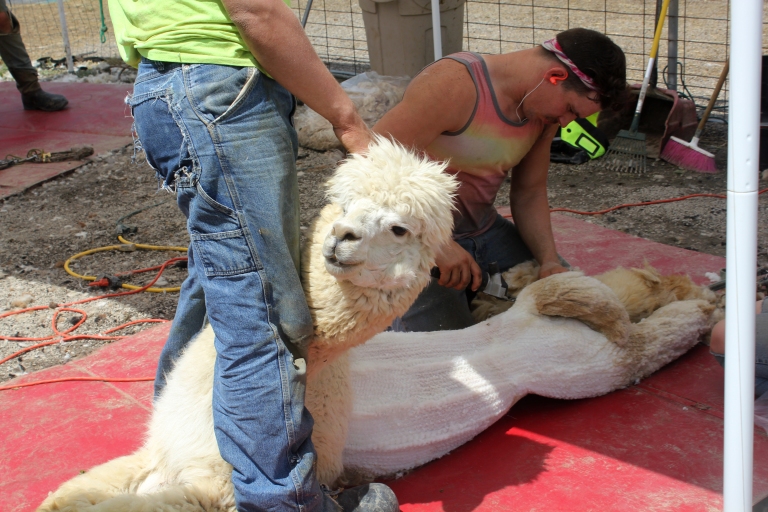 The shearing can seem brutal and the humming turns into crying. Alpacas’ worst trait is spitting and the notorious smell that comes along with it. This all comes out during shearing when they have to be strapped down. However, medicine is given, nails are trimmed and even the teeth. Apparently, they grow out of proportion and can be cut down. This is all news to me. Fortunately, the alpacas seems to understand this yearly process.

Nuzzles and kisses still given!

Two of the babies prancing around, named Riddler and Cold Hard Cash.

The task of counting all the alpacas was quite difficult. 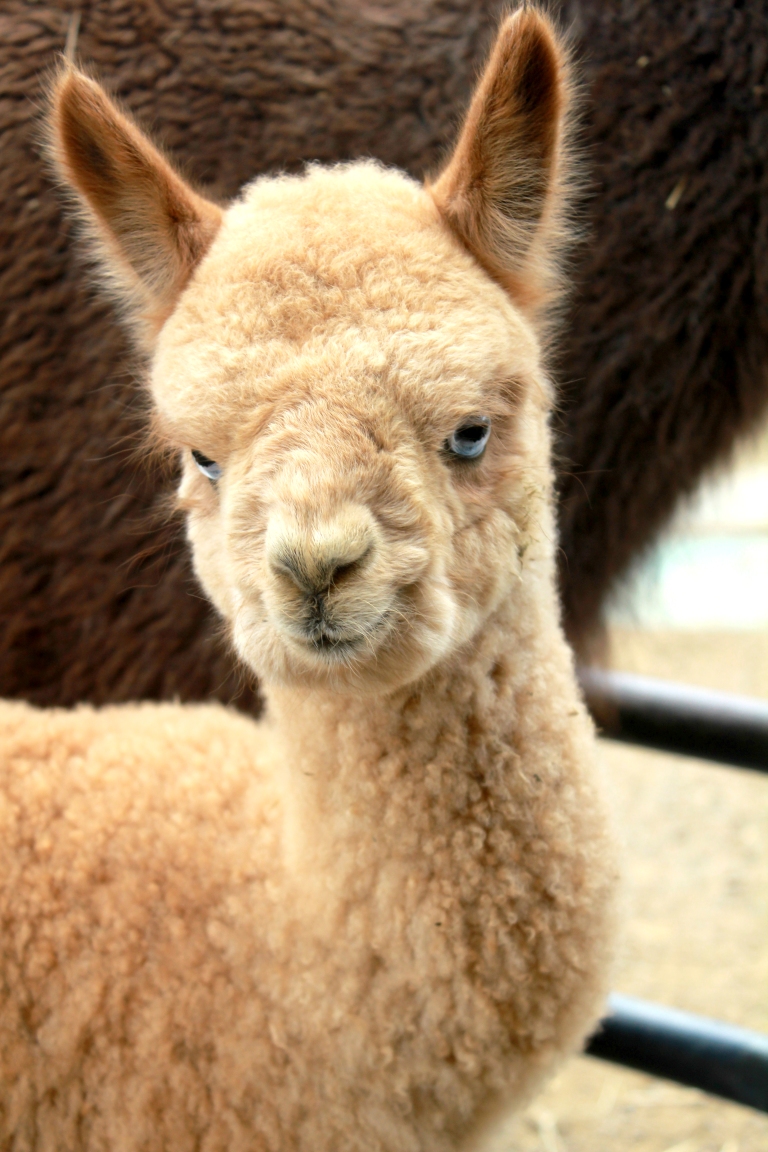 Portrait shot of this cutie.

The crazy shearing days ended on apple dumplings and a tall glass of milk. 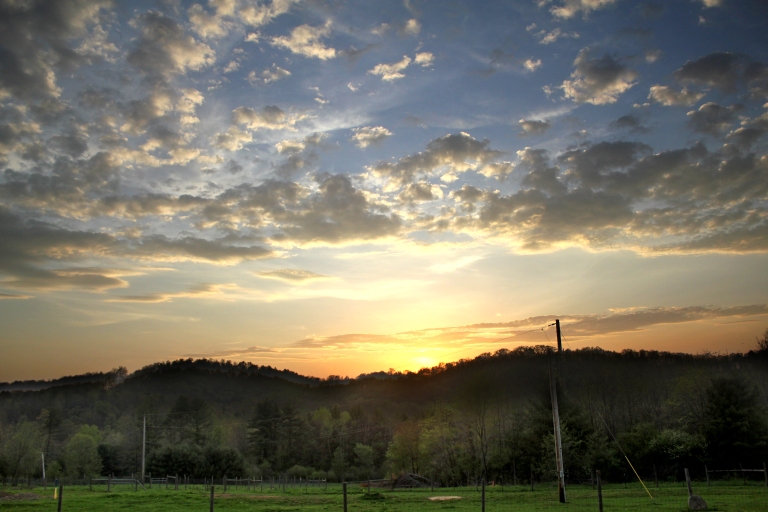 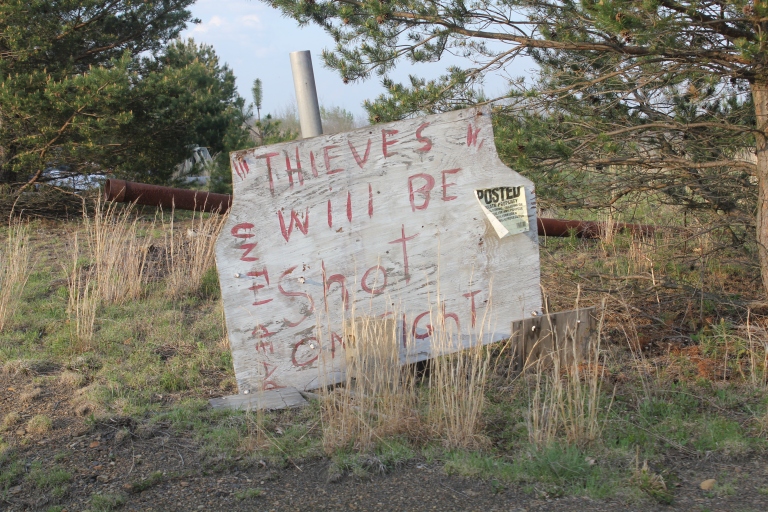 In search for that epic view of the farm, we had to do some trespassing.

The farm view from the hill.

HDR shot of the sunset on the farm.

On our second to last day, we took a little road trip to Smicksburg aka Amish town.

Enjoying the countryside views Miami does not offer.

Outside of the restaurant where we had lunch.

Then we hit traffic. These are the buggies Amish take to get around. 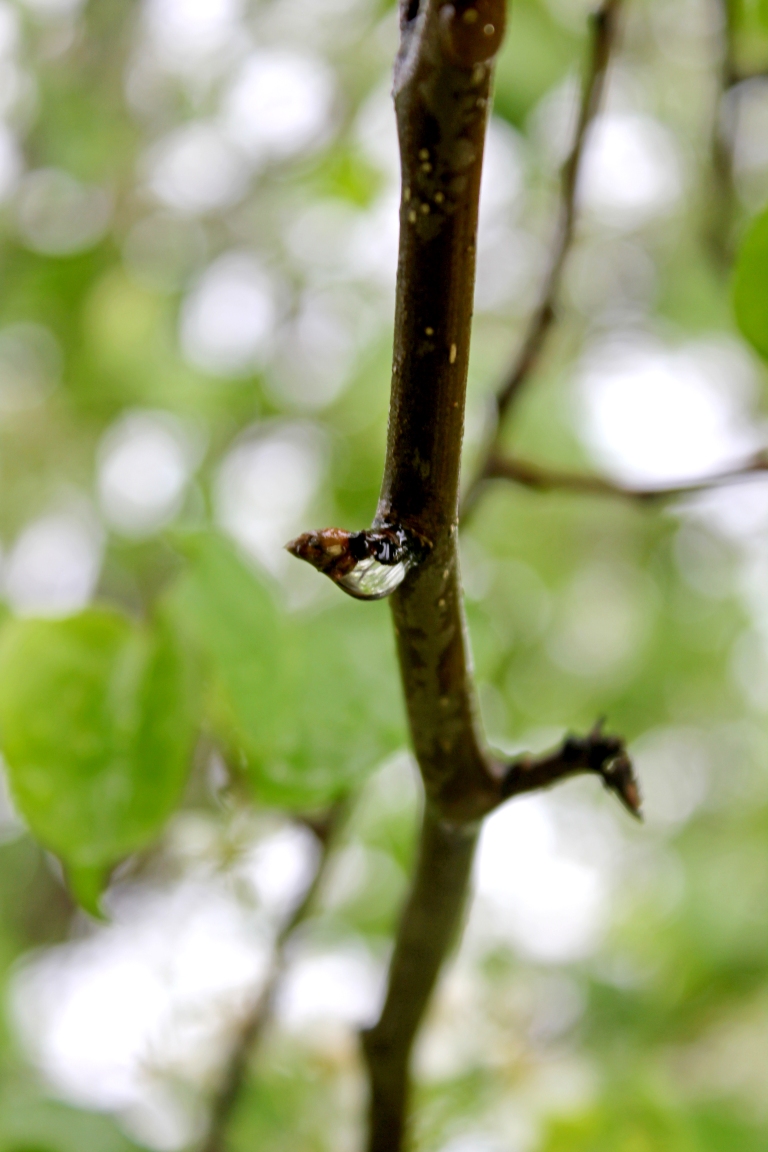 Catching some light from the water drops of spring rain.

Of course, I couldn’t end this trip without trying the pie. This is red raspberry pie with vanilla ice cream. Fresh fruit, sweet with a light crispy crust. Absolutely delicious. To end our last night, we had a family bonfire and I made some BBQ skewers with steak sirloin, green peppers, onions, zucchini and mushrooms. Our friends started shooting some fireworks. Here’s a shot with .25 seconds of exposure. A beautiful last night it was in Punxsutawney. It was a restful escape from the city life, despite the hard work involved in taking care of the farm, but for once to be able to see stars and the moon clearly was refreshing. I guess somewhere between my sister getting engaged and the peacefulness of the Rainbow Mountain Alpaca farm, I think we’re all family now. Cheers to new adventures, family, friends and a wealth of experiences together!